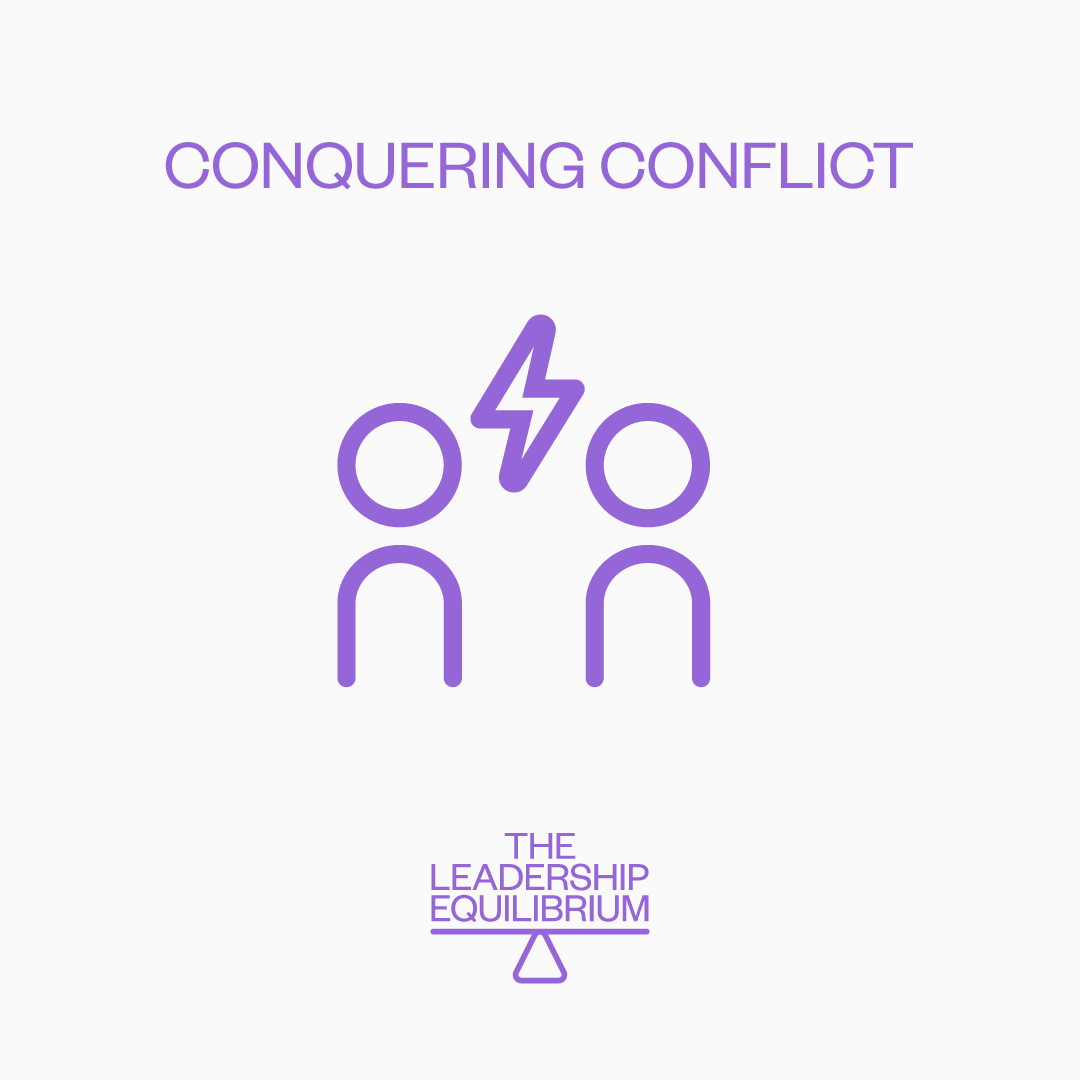 Entering in at number two on my list of 10 rules for leaders navigating opportunity and risk is everything I know about conquering conflict. In my experience, conflict in business can arise in two definitive scenarios. The first is when a person deliberately uses business conflict as a weapon to control situations. To belittle and demean to assert their influence. No surprise then that this toxic behaviour should be stamped out by leaders from the get-go.

But the second conflict I want to explore with you, should be fostered and encouraged by leaders. Conscientious conflict is just as direct, but much less hostile. And those inclined to this boardroom demeanour can create the catalysts for innovation and spark that next big idea…

Ultimately, when it comes to leadership, I believe that credibility and success are intrinsic to your ability to recognise and address these two very different kinds of conflict. And here’s why:

Conflict as a weapon

Let’s begin by unpicking the first of the two: conflict as a weapon. If you’ve followed the series so far, you’ll know that the foundations of Rule 1: Extreme Accountability were built from a breakdown with my former business partner, before I launched Spirant Group.

In hindsight, I can see how one of the causes of that breakdown was my failure to tackle the conflict. As an adversarial individual, my former business partner was often at loggerheads with other stakeholders. In various business scenarios, he would actively seek out conflict to bolster a perception of power and untouchability, becoming aggressive, disrespectful, and at times offensive. By using conflict as a weapon to dominate and demean, he felt he was able to reinforce his seniority and demand respect.

Back then, I was often called upon to mediate. And whilst his standpoint was sometimes fair and other times misconceived, it was the whole delivery of the argument that was inconsistent with my values and business ethos. Yet despite this, for years I let these unsavoury conversations play out within the business. I did broach his combative approach on several occasions, but I never fully articulated my objection to it or discussed the potential consequences. Instead, I focused on finding a solution to the conflict.

On reflection, I avoided the conflict for the following key reasons:

By behaving in this way and avoiding conflict, every time I sought a diplomatic solution, the following happened:

Does any of this resonate?

During that decade of my career, there were explosive clashes between my former business partner and various opponents – but eventually, the time served my diplomatic solution-solving. I confronted the behaviour head-on, and, as you might expect from someone of this inclination, so ensued the breakdown of our business relationship.

Once we had parted ways, I was able to see what a positive change this was both for my professional and personal life. It was a journey that I should have started sooner, and the delayed start was a result of my failure to deal with conflict as a weapon.

As a leader, if you’re faced with a senior colleague using conflict as a weapon to demean and dominate, you need to act quickly.

In the first instance, here are my tips for addressing hostile behaviour:

If the behaviour then escalates, so must the way you handle matters. If things get worse, this is my advice:

If I’d followed what I know now, back then, things would have been a lot more positive. By enforcing this and tackling the behaviour head-on, your credibility and respect as a fair leader will be reinforced. In the most extreme example (such as mine) taking this direct action may lead to you losing your leadership position or leaving the business. This will cause you short-term disruption but remaining as a diplomatic peacemaker in a toxic business environment is a much worse fate. As a leader, stamping out conflict as a weapon is essential even if it means taking your ethos and values elsewhere.

Yet there also exists another kind of conflict in business…

It’s one that is altogether less ugly and should even be encouraged as a way of creating an innovation-first business where change isn’t met with hostility. I have worked with several decision-makers and managers over the years who engage in conflict in a conscientious manner. Delivered with tact and respect, it can be one of the most valuable assets a leader can have – the ability to challenge, probe and question.

So, what are the traits of a person who engages in conscientious conflict?

As a leader, when you identify a senior colleague who is inclined to conscientious conflict, it’s your responsibility to protect them from relentlessly agreeable colleagues. On the condition that their approach is respectful, and doesn’t cross the line into aggression, you want to deploy a person with this demeanour into conversations that will spark productivity, innovation, and ideas in the business.

If the team surrounding that person simply agrees, then conscientious conflict is wasted and becomes instruction rather than construction.

The advantages of encouraging conscientious conflict have an impact on both your success as a leader and the success of the business:

There you have it. Two very different kinds of conflict which require equal amounts of diligence from business leaders. Because whilst ignoring the first can create a toxic culture, missing the second can be just as damaging; a lost opportunity to create a dynamic and ambitious workforce.

Now over to you to conquer conflict.