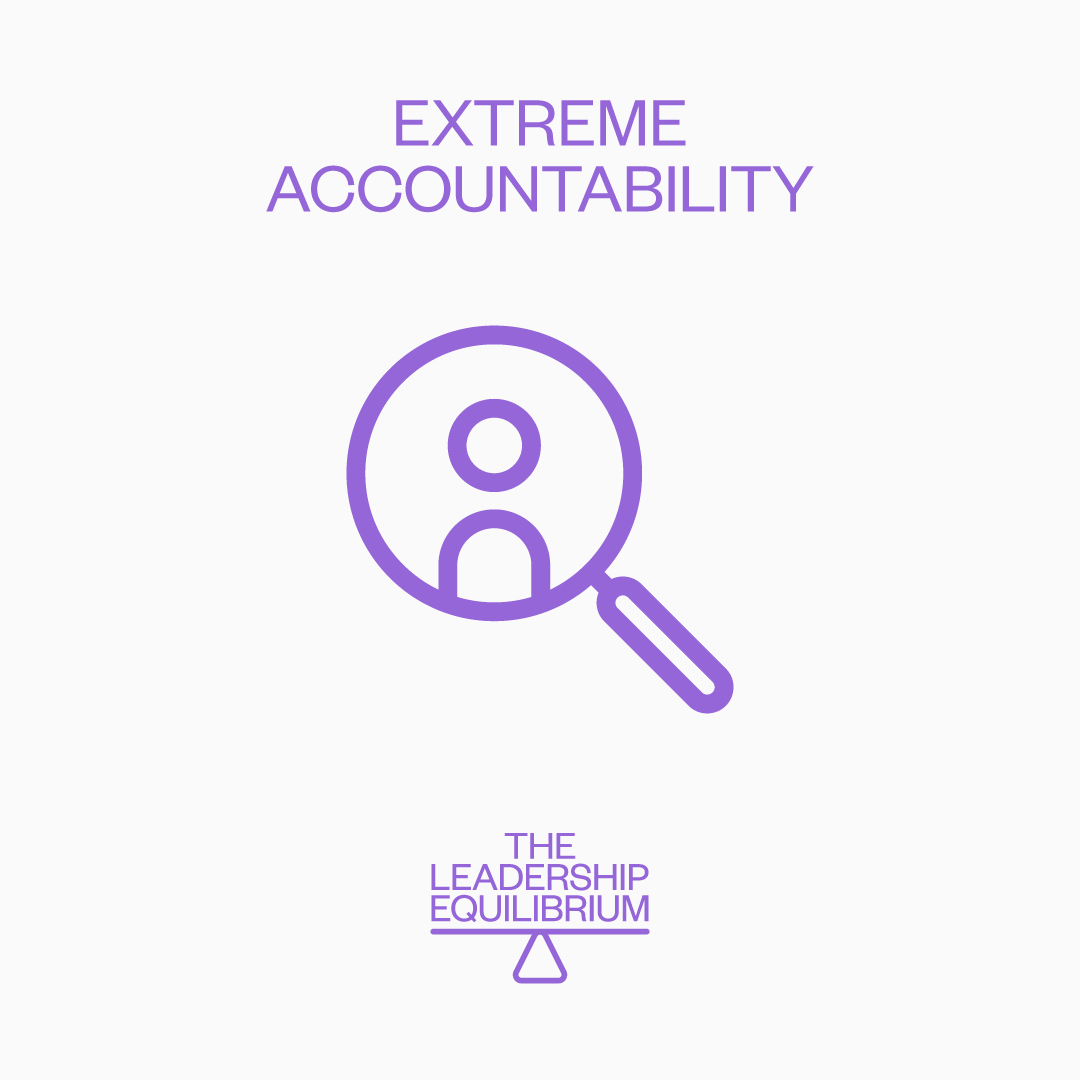 The first entry in my new Leadership Equilibrium series will be the concept of Extreme Accountability, which I believe must be accepted by any leader before they commence their journey.

And why should I choose this attribute to launch my 10 Rules for Leaders Navigating Opportunity and Risk? Well, it feels like the linear progression from my introduction to the series where I shared the motivations for wanting to help other leaders learn on some of what I’ve learned in 10 years as a CEO of the Spirant Group.

If you’ve read that blog, you’ll know that the years 2011 to 2012 were particularly challenging for me. And it was during that time, whilst extracting myself from my previous business, that I had the sudden realisation that I was alone.

By that, I don’t mean to say I was lonely in an emotional sense. I was surrounded by family, friends and colleagues who had stuck by me and supported me. It was a fact. I was now in control of my destiny and despite the business turmoil I was going through, I could see clearly what I wanted to achieve in the future. And, crucially, that I was going to be the only person responsible for achieving it.

I liked that feeling. So, during the demerger, I homed in on a particular set of factors I could control, rather than those outside of my influence. Speed of negotiations, regulatory approval, and availability of funding were all aspects of the process that I could take charge of. Ensuring they all fell into place meant I’d be able to achieve my mission of setting up a new firm. If they didn’t, I’d see setbacks. This is the first time I understood what it was to be truly accountable, and that my success was my responsibility and mine alone.

When the deal was eventually settled and I founded SGI Legal, the business partners who had stood by me joined the firm, and we also hired other top-quality leaders from external companies. With such a wealth of leadership experience around me, if I’m being totally honest, I lost focus on my accountability principles. There could be several reasons for this, but it like feels the most reasonable explanation was just that. I fell into the trap of viewing my mobilisation of a top-quality team as being the catalyst for the delegation of accountability. I was wrong.

The first few years of SGI Legal business were turbulent. And whilst various factors contributed to this tumultuous time, I think the key cause was that I sought to attach responsibility to others when things went wrong.

Thankfully, I had people in my team who have always told me exactly what they thought. In one morning meeting, my business partners told me in no uncertain terms that my judgmental finger-pointing was becoming toxic and counterproductive. It was hard to hear, but I look back on it as one of the most important points in my career. I immediately got a grip on my accountability shortfalls, and we haven’t looked back.

That was in 2015, and in the 7 years since, we have doubled our turnover and started 5 more businesses.

So how do you apply extreme accountability?

After facing the truth about my own leadership failings, I made the conscious decision to return to the accountability principles that had gotten me through 2011-12. I began to think of that approach as ‘extreme accountability’. And here is how and when I apply it:

A) As the leader, I take unequivocal ownership of every failure, weakness, and problem in the business.

B) It is my job as the leader to solve issues, not to undertake a post-mortem of the situation with a view to establishing blame.

C) The leader, me in this case, must make the team feel like they have got their back. I.e., if the team fails in achieving something, the leader stands behind them, with broad shoulders ready to support and find the solution.

D) By the same principles, when things go well in the business, I as the leader must not seek credit – that credit goes to the team. The leader has the honour of his position and is not entitled to credit for doing their job.

Since 2015, I’ve stuck to the above principles of extreme accountability with total  commitment. And in my first-hand experience, here’s what happens when you do this:

A) An innovation-first culture will develop in which the leadership team (and their teams) will feel comfortable in taking well-measured risks, safe in the knowledge that there wouldn’t be retributions when these don’t come off

B) Trust in you as the leader will grow from across the business because accountability naturally generates respect.

C) In turn, the leader’s confidence in their team will grow, as they reciprocate support. You’ll also become risk positive as a result of the shift in team dynamics.

D) With this style of leadership, problems are quickly identified and solved without blame or accusations complicating things.

E) Politics, hidden agendas, and ulterior motives will no longer exist in the business culture, and the team will move forward in the united search for mutually beneficial goals.

So, you see a leader who embraces extreme accountability becomes, with his team, like a unit of Navy SEALS. They force themselves to achieve incredible goals with bravery, resilience and without fear, moving together as one united force.

The underpinning fact is that to exercise extreme accountability the leader can only point the finger at themselves. Once we accept and enjoy that, that’s when we can achieve wonderful things.