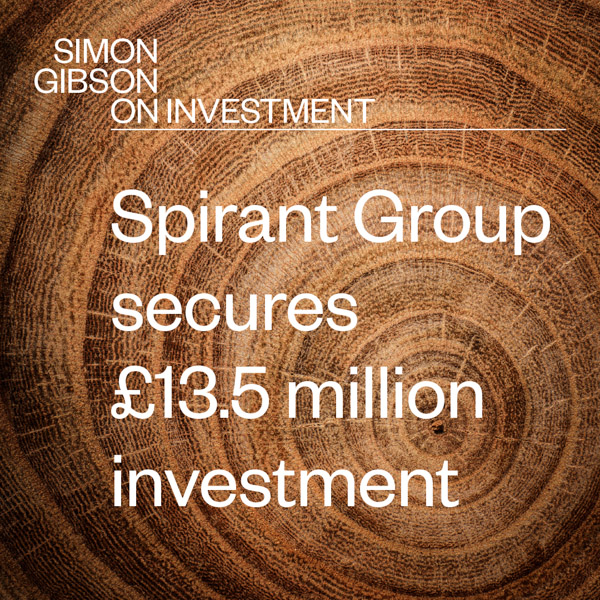 A £13.5 million investment secured by the Spirant Group is to be used to further broaden the technological and geographical horizons of its member companies.

The funding – committed by UK-based financier BOOST&Co and Australian business growth specialist Providior – will “supercharge” the expansion of an alliance already driving innovation and next-generation professional best practice in the Northern and Southern Hemispheres.

Spirant, which will celebrate its tenth anniversary this summer, currently boasts five established businesses operating in the legal, technology and medical services sectors, a combined turnover in excess of £20 million and 150-strong staff.

Simon Gibson, CEO of the multi-disciplined and multi-territory group, said the joint eight-figure investment announced would lead to the imminent launch of a sixth operation, generate jobs globally and deliver its ever-expanding customer base genuine efficiencies and returns on investment.

“That we have attracted support in our future from two forward-looking organisations located tens of thousands of miles apart chimes perfectly with our strategic plans for growth,” explained the Spirant boss, who oversees the strategy of Accident Claims Lawyers UK, Accident Claims Lawyers Australia, Zeus Tech Solutions, Novus Claims Solutions and InstaMed.

“We launched Accident Claims Lawyers in Australia in 2017, InstaMed in 2019, are set to launch a third business there in the coming weeks and are attracting increasing interest in our services from the U.S and Middle East.

“Despite wider economic gloom and the significant challenges posed by a global pandemic, the talents of our people and their desire to help other businesses to ‘outsource smarter’ through the exploitation of technologies and offer of professional services ‘in a box’ have driven demand for Spirant’s solutions. Thanks to the investment of BOOST&Co and Providior, we are now better placed to satisfy all those seeking that cutting-edge expertise.”

Commenting on the deal, Oliver Reece – a principal at BOOST&Co – added: “The Spirant team have grown the Group into a multinational, multi-discipline offering and put in place a solid long-term strategy to deal with a shifting regulatory and financial environment.

“Their ambitious expansion plans make Spirant exactly the type of business BOOST&Co is looking to partner with. Over the past decade Spirant Group has perfected its business model and is now rolling the services and legal tech it developed through this period out to other firms around the world.

“Expansion into new territories and broadening of the service offering in the UK is exactly the kind of growth BOOST&Co seeks to support.”

“It’s been an absolute pleasure working with Simon and his team in Australia and the UK,” said director Luke Shaw. “They have demonstrated remarkable focus and do their job incredibly well, more importantly, there is clear and effective communication at all levels. Their success is not only expected, but very well deserved.”